#WhyIMarched: Marching Forward Toward Your Beliefs 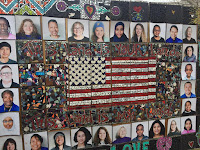 We've had a full long-weekend here in America.  An inauguration of our 45th President on Friday, and a Women's March on Saturday. And of course, there were tweets and controversy on both and then numbers attending (adding in a joyful new phrase: "alternative facts.")
I took part in one, not the other. Rumor on the DC street was that the two had much different feels from each other--much different energies. 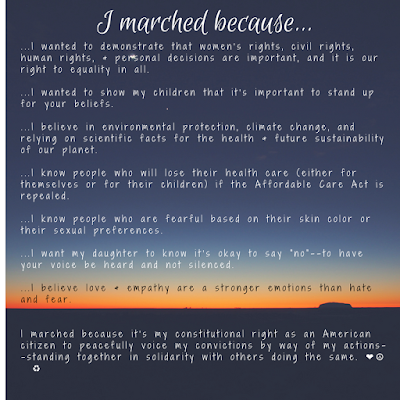 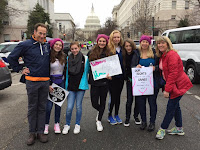 The experience, with my daughter & her friends, was memorable.

Living so close to DC affords one with certain opportunities. Marching in The Woman's March in DC was one of them. 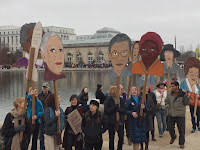 The positive energy and masses of people were incredible. Such a crowded house, yet all so kind, compassionate, and generous as we squished and snaked through the crowds. Not easy for a team of nine in a possible half million people!! Bit of a bummer we couldn't see or hear the rally or Jumbotrons, though in awe of the turnout! Too many to march on the assigned route. Remarkable! ❤☮️ 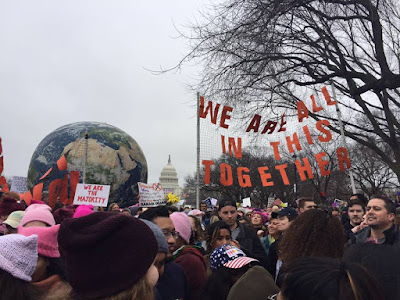 \People may think it was a day of hatred toward our new president. I completely disagree. Yes, some people in the mix were angry in that crowd either due to Trump's history of poor behavior (to women & minority groups) over the past or due to the fact that their candidate didn't win...but even given that, they were all powerful yet peaceful. 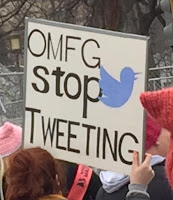 The crowd today was full of women, men, & children... all of whom were supportive to each other and openly newfound friends. The majority of people there today were concerned for their rights. For themselves and their children. The biggest takeaway was that there are people concerned that they won't be heard going forward because they weren't heard over the 18 months of election. Additionally, they feel as though they haven't been heard since then.

They feel that Trump hasn't invited them conversations to the table since being elected. Rather, many feel dismissed or prejudiced against.

We saw and met people who traveled from dozens of faraway states, from ocean to ocean: Alaskan people standing outside the Native American Museum, Hawaiians who were there, environmentalists, LGBT friends and supporters, people fearful about their healthcare and filled with concerned because their beliefs aren't the same as those of the WASP men on Trump's cabinet. For the first time in multiple decades, there's no Latinos on Trump's cabinet--people want to see themselves represented. Women are disgruntled about the normalization of sexist comments and bodily grabbing that now has become a locker room joke. People are concerned by the questions that have cropped up about our now-President's odd relationship with Russian president Putin who was a former KGB.

People are concerned and want to be heard, not silenced or bullied. People yesterday (in their presence, their posters, and their conversations) showed me they are afraid of that.

Yet they also showed me patience, gratitude, empathy, kindness, caring, and concern.

And that's exactly what we showed to the police officers we encountered, as well as the National Guard and the metro employees. 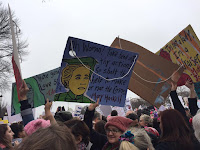 I am so proud that my daughter and I could share in this moment in history with half a million other marchers in DC and 3.1 million globally on 7 continents. It's something bigger than ourselves, something that showcases exactly what democracy is all about❣  Over 600 marches nationwide! #LoveArmy 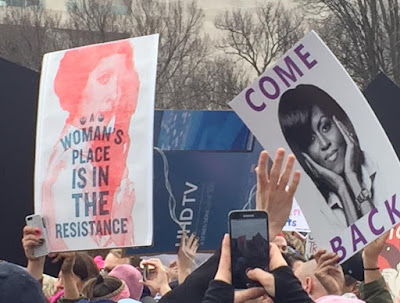 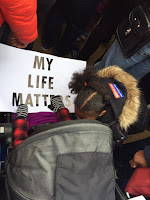 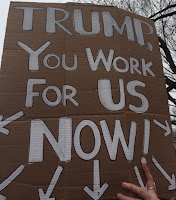 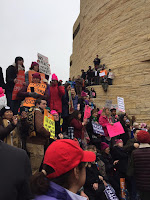 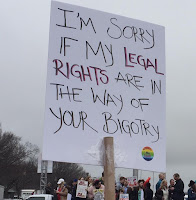 Images:  Most from my camera, my quote one from using canva.com.
Posted by Vicki at 10:30 PM