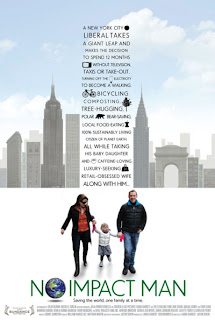 When you hear the words "no impact," what does that mean?

Well, if you go online and search out a definition for "impact," this is what you get:

"noun:
1. the striking of one thing against another; forceful contact; collision: The impact of the colliding cars broke the windshield.

2. an impinging: the impact of light on the eye.

3. influence; effect: the impact of Einstein on modern physics.

4. an impacting; forcible impinging: the tremendous impact of the shot

5. the force exerted by a new idea, concept, technology, or ideology: the impact of the industrial revolution.verb (used with object)

6. to drive or press closely or firmly into something; pack in.

8. to collide with; strike forcefully: a rocket designed to impact the planet Mars.

9. to have an impact or effect on; influence; alter: The decision may impact your whole career. The auto industry will beimpacted by the new labor agreements.verb (used without object)

10. to have impact or make contact forcefully: The ball impacted against the bat with a loud noise.

11. to have an impact or effect: Increased demand will impact on sales."

"NO Impact" clearly means the opposite.

Which lands us upon "No Impact Man." 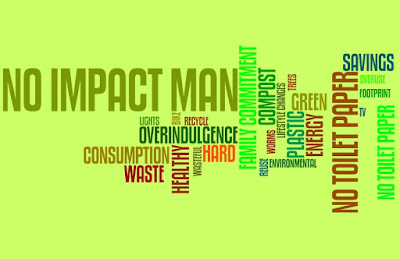 "No Impact Man" was a movie, documentary, experiment on NOT making an impact on the environment.  Like I said: it's a book, it's a movie, it's a blog.  It could even be called a way of life.

There's even a follow-up with "How To Be Alive: A Guide to the Kind of Happiness that Helps the World"

It even made its way to the world of podcast (and a very good one at that):  "The Good Life Podcast, Colin Beavan: No Impact Man on How to Be Alive"

From Bill McKibben via Amazon:  "This is the book where self-help turns into helping the world—and then turns back into helping yourself find a better life. Fascinating and timely!"

A good read I can't wait to read!  Or watch!


You can buy the movie from the website, or rent or buy it from Amazon.