Where Does It All Go? 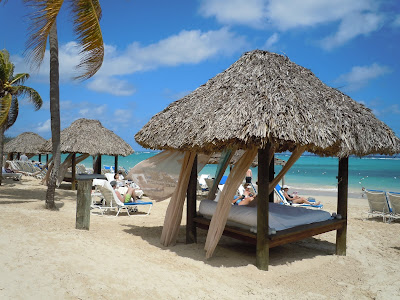 A couple weeks ago we were in the Caribbean for a real, no-kids vacation. Yes...I'm totally ready to go back already... but that's a whole other conversation.

While we were there, having an all-inclusive "splendiferous" time, this "green" girl started pondering the universe from her lounge chair:  Where does the trash go?  Especially when the resort had no recycling. And if the tourist meccas don't have recycling...well, it just makes you wonder what's going on on the rest of the island.
I am not a world traveler, not by any means.  But I've been around the block, been to several places around the US, and been to a small handful of other countries in my lifetime.
Since I've embarked on my eco-path, I've been to enough hotels and airports to realize that recycling is a rarity and plastic-wrapped apples (which I still don't get) is more the norm.
In the Midwestern town where my parents live, they still must sort their cleaned/rinsed recyclables, and they don't even always take cardboard as that recycling stream is glutted.  Coming from the single- stream recycling of Anne Arundel County, Maryland where they strive for a 50-50 recycling rate, I know I'm spoiled.  (Anne Arundel County is still currently at 39%--which I also don't get as they have said they would rather the community err on the side of over-recycling and they will sort through your questionable items if you place them in the yellow bins).

So...given the US alone is so varied in their ability/willingness to recycle, what happens in other countries?  Especially countries like Caribbean Countries.  If we're not recycling in the hotels(while the drinking bottles and sodas say "please recycle"), then what are they doing in the cities and markets where clearly the locals have far more to worry about (like economics and perhaps even survival). 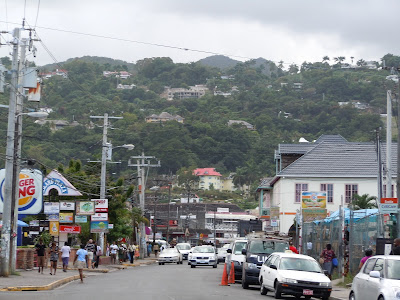 Add in that with island nations (even sizable island nations), there's only so much land.  Yes, that is true anywhere, but it seems more poignant when picturing an island.  Is there truly room for a landfill on a body of land that is limited in space?  And at what point is it maxed?  Where does the trash go? 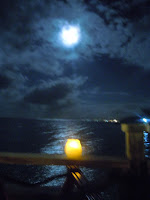 Perhaps the locals have a much less materialistic way of life than "Joe American," but there's a lot of Joe American tourists in hotels that don't recycle.  Those hotels that clutter the local landfills.
I'm befuddled.  Where does it all go?

Pictures from my camera, spring break week, on the edge of the equator.
Posted by Vicki at 11:44 PM