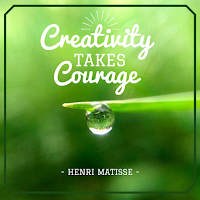 A flashback that's burned on my brain:

I was up in the Chicago area at my brother's house for the long weekend, celebrating a family event. My brother and I were hanging out, late, having all sorts of conversations. At one point they turned to my thoughts on writing, as I'd always had a vision of writing the "Great American Novel." To that date, no great novel had been written.*

What had been written over the years were a bounty of freelance lesson and activity plans for Mailbox Magazine and many of their publications (in the late 1990s & early 2000s). More recently to that point, I'd been writing a series of 1-3 page monthly newsletters--also named "Green Team Gazette" that I had been writing for about a year or so with my experience at Maryland Green School Eagle Cove School and my growing environmental connection to Cynergreen, CGKidz, and the Alain L Locke School in New York City's Harlem.

As the conversation with my brother continued, he pushed me to task on writing:


"If you want to be a writer, then write. Write something you know about. Start a blog. Start a manuscript. Start something."

Being a night owl by nature, I didn't get much sleep that night. Instead, I got on his computer (as we were living in a land and in a time prior to my own laptop) and got in the creative flow. I had that level of stomach energy that buzzes when you're both nervous and excited and in the middle of designing something new. I worked on building my vision while combining colors schemes and thematic fonts, and I wrote that first blog post. I paused before making it live, wondering if I was ready to put it out there. I pushed the button. I put it out there. 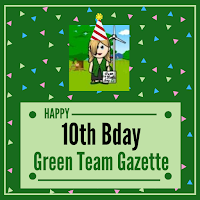 This past fall social media had a rash of "10 year challenges" with photos and more. I didn't feel the need to post any of that given I was was already in the year of milestones (a 50th birthday and a 20th wedding anniversary). This too is a milestone. Ten years! I'm thankful to my brother for pushing me to build something that has blossomed over the years and I'm proud of where GTG has grown through ten years of iterations. What started out strictly as an environmental education blog has morphed into including educational technology and innovation, and over that 10 years I've come to see that the 3 definitely go hand in hand.

At times, I've wondered if it's time to stop writing and close down shop. But, the gravitational pull is too strong. I'm pulled to environmental issues, edtech trends, and the inspiration of innovation... and the teacher and writer in me keeps writing and sharing. It's become a part of who I am, and I can't let go of both the creative outlet and the need to share wealth of information that's out there. It's based in a hopeful future for our children by spreading the education and info along the way. May this be a little legacy that helps to make the world a better place for our children and everyone who shares this planet with us.

May we all have our own legacy out there. May we all be pebbles we throw out into the water, knowing not where our influence ends.

*Note about my Great American Novel: There is a minor exception. It's a very teen, very G-Rated, very formulaic romance novel written back in the late '80s when I was a teen (and reading formulaic teen romances), typed out on my mom's old manual typewriter. I have no idea where that literary giant even is any more--probably some box in my mom's attic or my own garage! May be worth digging around for it, for entertainment-sake alone!)

Images created at Canva.com
Posted by Vicki at 1:30 AM