Ever since seeing "An Inconvenient Sequel," I keep revisiting movie points in my mind. (It helps that I have about 3 pages of written notes, front and back, that I took in the dark theater, trying to capture all the #eco information. I can indeed go back and physically revisit those movie points!)

Perhaps it is that the daily news (and noise) doesn't help.

After seeing the movie, I keep pondering where we are. 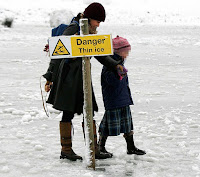 It's almost like I'm walking on an icy pond: are we at the "tipping point" or the "turning point?" (Two phrases used in the movie.) Or, are we still carefully stepping somewhere in the middle, hoping for the best? It's sort of like that "hope & despair" struggle, which climate change often has us precariously teetering on as well. 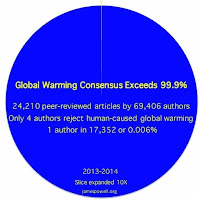 After watching the movie...

After seeing the data of "hottest year on record" for several years in a row now...

After seeing images of climate refugees who are left with only destruction from these above-mention natural disasters...

After seeing the statistics, facts, and the science reports by experts in the field... 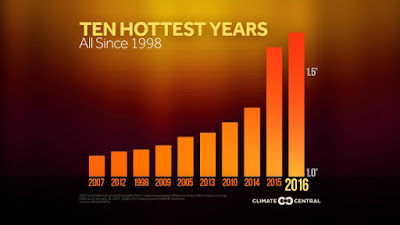 Burying your head in the sand like an ostrich doesn't change what's around you. Yet there are so many around us that are doing just that. As if the science is debatable or negotiable.

Rather than debating that point though, it comes to the point that we all, as citizens, need to do our part. Al Gore ended "The Inconvenient Sequel" with the following quote, typeset and screen-filling at the end of the movie:

Given that, here's an infographic I created to share a few places to start!


It is through taking action, in both little and big ways, that we can instill change. Cheers to those of you out there who are fighting along side me. May we all have the same resurgence of power that DSCOVR did.