Al Gore's At It Again: The Inconvenient Sequel

On July 28th in selected theaters and August 4th for a wider selection of theaters, amidst a tumultuous and political 2017, the sequel to Al Gore's 2007 movie "An Inconvenient Truth" came out in movie theaters. It's been 10 years since the first movie came out, and we're still here, in need of this movie.

Here's the trailer for "An Inconvenient Sequel:"

I saw this movie last week. My first thought on the subject was that it was actually exciting to see an environmental movie out at the big, "real" theaters (not just a Netflix near you). Additionally, I was very happy to see that it was out for longer than a one-week release. I will say, there weren't many in my theater (as its been out a few weeks and it probably speaks to a very specific crowd), but the theater wasn't empty. It made me smile to sit there solo, but amidst a tribe of like-minded individuals.

Of course, it left behind a myriad of other thoughts: 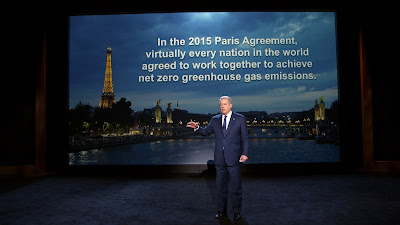 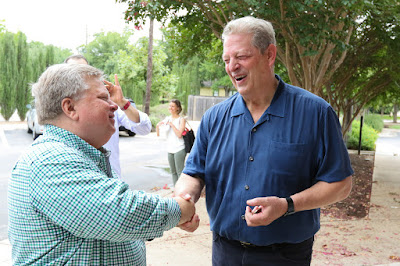 I could go on and on.

I do think my biggest "ah ha" moment was the fact that I saw this film just days after the controversial racial rally in Charlottesville, Virginia, which led to the unnecessary death Heather Heyer. Near the end of the movie, Al Gore spoke of his concern (and sometimes dismay) over his mult-decade quest, and how it was disheartening at times. That was exactly how I had been feeling after Charlottesville. It broke my heart that there was still so much racism in our country, and it was so blatant. Yet, I also saw hope in the way people on both sides of the political spectrum were standing up against white supremacy. 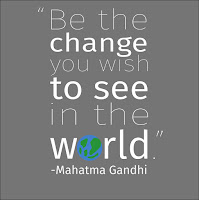 This especially hit me at the end of the movie as Al Gore went on to compare the climate fight to that of the Civil Rights movement and every other major moral movement to keep progressing human rights forward. All movements at times feel that heavy resistance and push back, battling the moral difference between right and wrong. Change and progress are not easy. Yet, it's also not dependent on a president. If ours refuses to lead environmentally, the it is up to the American people to lead. So whether it's in the form of a movie like this, or marches like the Climate or Earth Day or other marches we've seen in 2017 (or even a little blog like mine), we will lead.

And hopefully we will keep making breakthroughs which lead to greater and more sustainable change!


For more information about "The Inconvenient Sequel," check out the links below:

Links from the movie website to encourage you to "Use Your Choice; Use Your Voice; and Use Your Vote:"

Links from the Climate Reality Project related to the movie:

To look into getting training and work with Al Gore, to become a Climate Reality Leader, click here. Application deadline is September 12, 2017 for the October 17-19, 2017 training in Pittsburgh, Pennsylvania. The image below shows how many climate leaders have been trained in the Climate Reality Leadership Corp since 2006.