Bill Nye is Coming Back to a Netflix Near You! 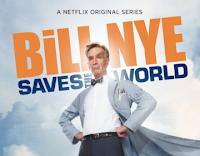 Fondly known as "Bill Nye the Science Guy" from his kid-friendly, fact-based science shows of the '90s, Bill Nye is someone people have looked to through the ages on knowing "what's what" when it comes to scientific information.  His new show, "Bill Nye Saves the World" is going to be more talk show with other science experts than his shows from the past. 13 episodes are set to go for debunking science deniers--whether that's climate change or countering everyday "alternative facts" that are popping up as science data from the White House website, as well as EPA & USDA data is getting buried in the new presidential administration.

Netflix & Nye are quoted as saying: “Each episode will tackle a topic from a scientific point of view, dispelling myths, and refuting anti-scientific claims that may be espoused by politicians, religious leaders or titans of industry.”

Yet given all of that, the show was in the creative works prior to the final 2016 election, and plans to be more factual than political... it just so happens that 2017 happens to be the year of "alternative facts" and "fake news."  Here are two videos giving you sneak peaks into the new Netflix world of Bill Nye--one more informative while the other is a true trailer. 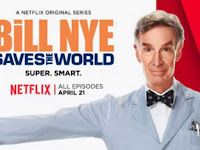 For further reading on this subject, check out the following: