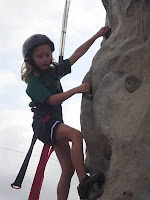 My daughter was not the typical "girly girl" as she grew up (she still isn't, now that she's in high school). 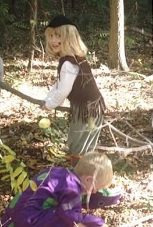 Instead, she was an insect-investigating, tree-climbing, soccer-playing, Lego-building, artistic, creative, techie kind of kid. Thomas the Train was a favorite in her preschool years, and she had strong feelings about naming her new brother Thomas. (We didn't.)

My daughter would have loved a magazine like Kazoo, back in the day!

I first learned about Kazoo in an article at Connections.Mic. Created by Erin Bried to fill a missing niche for her daughter, Kazoo is geared to inspire girls to reach their inner potential, and not be tied to the harsh beauty messages that many girls/teen fashion magazines enhance. It began from a Kickstarter, which raised over $171,000 in 30 days. This definitely showed that other parents were also wanting something with more depth to speak to their girls.

From their website, Erin shares the mission of her magazine:


"There’s no other magazine like Kazoo. All of our stories are either developed or inspired by top female artists, explorers, scientists, chefs, athletes, activists, writers and others. Regular features include: science experiments; comics; art projects; recipes; interviews with inspiring women from Olympic athletes to astronauts; and fun activities, like secret codes, jokes, mazes, search-and-finds and more.... By celebrating girls for all that they are—smart, inquisitive, creative, brave, strong and, yes, loud—Kazoo will help shore up their foundation, so that by the time they enter adolescence, they’ll be more likely to question anyone who makes them feel small than they’ll be to question themselves." 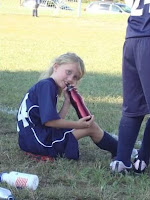 Additionally, Erin lists some startling statistics on the Kazoo "About" page that make you take pause about teenage depression, girls' emphasis on their own weight, and girls' negative self image and self esteem issues that can start as young as 10 or 11. Some of those statistics are listed in their "Possibilities" video below.

Sounds like a great resource for young girls to inspire them to get outside, to be active, to be themselves, and ultimately to be leaders! Might be just plain perfect for some of the young ladies in your life!  #GoGirls!!


Kazoo logo from https://mic.com/articles/153300/finally-there-s-a-feminist-magazine-kazoo-for-girls-who-love-science-and-climbing-trees; Video from https://www.youtube.com/watch?v=6LTxO7u1ztQ, pictures from my own personal archives!
Posted by Vicki at 10:55 AM