Post-Election Conversation: A Play in 3 Acts

It's been a long 16-18 months, and we are finally on the flip side. Some of us are happy, some of us: not so much. So controversial. That's us, here in America. We're in that "fresh after the election" trying to settle in with the outcome. The extended noise-power of candidates has been going on and on and on....encompassing divisions, vitriol, animosity, positivity-negativity-and-tweets: oh my! Whether you've been #WithHer or hoping to #MakeAmericaGreatAgain, this election has taken away some of your lifeblood. 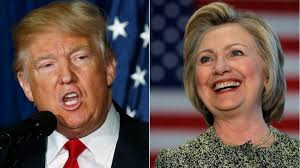 It certainly has it all:
The good. The bad. The ugly.

And it definitely feels worse here in the post-Daylight Saving Time darkness!

Truthfully: it's a dramatic presentation in three scenes. Bigger question: is it a classic comedy or a tried-and-true tragedy?

On the 50-year anniversary of the Great Pumpkin, Linus perhaps said it well (way back when):

"There are three things I have learned never to discuss with people: religion, politics, and the Great Pumpkin." ~Linus Van Pelt 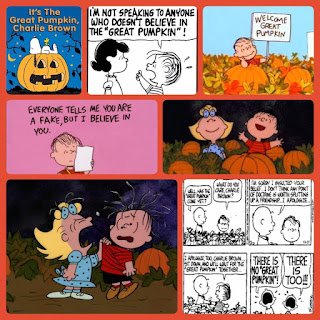 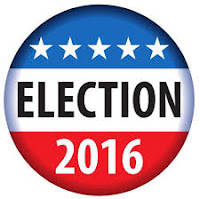 Discussing those politics: it just never ends well. Just ask buddies and pals with different visions/versions on social media. But the irony is that my my notice of Linus' provocative commentary predated this election by 6 years.  When we re-watch: it's always going to be there, and it's always going to be up to Linus, his politics, and his Great Pumpkin.

Articles have also  been posted about the enormous stress, pressure and fervor about the election.  The election certainly has many "seeing red and feeling blue." Over time, all this is is debilitating! And it's been a long time.  We are more than wiped out. It's hitting people hard--especially when some start chiming in on their candidate versus the others... when lying is definitely off the table at this point with emails or just multiple general statements.

There was a lot going on this Election!  There was all the music and media of  the "night before election" events. Then there was the #Pantsuit Nation (the overnight growing secret invite-only Clinton follower FB page. It more than doubled between the time I was invited in and it became viral). Add in today the pilgrimage and addition of the "I voted" stickers menagerie to Susan B. Anthony's grave. With all of that,  this election was certainly "huge."

As an aside, this projection map of voters by demographics was certainly interesting!

It was a historic vote. #PantsuitNation aside, you have the potential for the first woman president. It's a 1-2 punch follow-up to the first African American 2-Term President of 2008 and 2012. Yes!

Likewise, you have the potential with Trump as the first non-politician-person, and the first person who's not a military personnel.  Some people flock to that, while there have been others who have been die-hardedly-opposed to Trump and his demeanor.

Leaving us on Election day chiming: "CNN for hours on end. Amen." [Which feels like a church prayer I grew up on!]


Act 3:  Post-Election: Houston, We Have A Winner.

It took a lot to get us here, but we have landed. Thank God! Houston, we have a winner: President-Elect Donald Trump, having lost the popular vote by a margin of a mere 200,000 (when you consider that 59 million people voted for each candidate).  He won, however, due to winning the electoral vote with over 270 electoral votes.

But a "win" is shortsighted. Emotions are high. For some, so is disbelief and sadness. The bigger job is going to be going farther. In the last few days prior to the election, Hillary Clinton has addressed this more than Donald Trump did, but it's where we are at. We are one country. Our new president will need to be here for all. He needs to lead us forward...and forward together.  The mystery is: can it be done?

I saw a handful of people who posted prayers on Election Day today, going into the election. A unification. That's what we needed. Our job, here on out, is to go forward.  It's part of the voting, the division, the healing, the process.

Where do we need to go for the path of unity and reunion?

We need to go here:

And here:
Shawn Stevenson (author of Sleep Smarter) and his voting experience here on 11-8-2016.

Let's go here indeed! It may be hard, but it's what we need to do.