No....it's not the running of the bulls.

Nope...not the NFL Draft (though that HAS over-taken my television tonight).

Not the Super Bowl, Mardi Gras, the Kentucky Derby, Thanksgiving, OR Christmas.

But it is one of my favorite annual traditions, in the season of many favorite traditions.


'Tis the season for the Earth Heroes to appear. For the 4th Season in a row, Eco Heroes have been read about, studied, researched,written about, and creatively reinvented. This year the stories were written on the iPad App Scribble Press.

It's the time of the year that my kids come to know what people like David Suzuki, Jacques Cousteau, David Suzuki, Wangari Maathai and Eugenie Clark all have in common. They are Earth Heroes.  And it helps to build stronger 3rd grade Earth Heroes every year we study them! 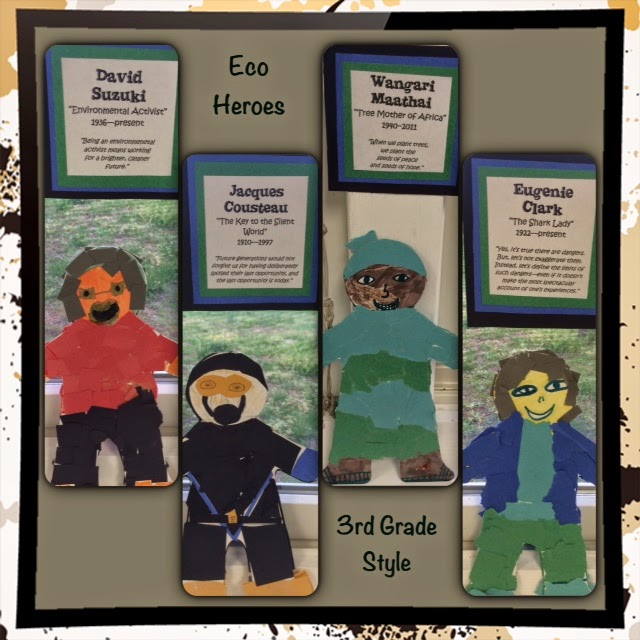