After the Hour: Earth Hour 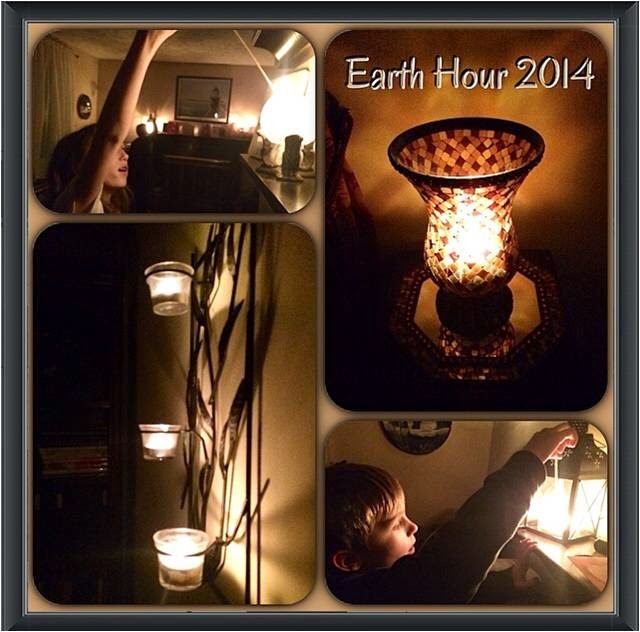 Earth Hour 2014 has come, lights have gone off, candles on, and now has become a memory.  At our house this past Saturday night, once we set the candlelit stage at 8:30, we had a riveting game of "Apples to Apples" with Daddio and Uncle-o as the judges to the fierce competition. There were some toughies! We even lost track of time and went beyond the hour without even noticing.  We followed it up the next day by going on the Earth Hour crowdsourcing site for each of my cherubs to make a small monetary contribution to help a global cause they each believed in.  That task (in and of itself) brought to "light" some interesting environmental conversations.

Globally, how did our planet do for Earth hour?  According to reports, 154 countries (or 162--resources vary) participated in turning off lights for the planet...making it the highest number of participating countries yet in Earth Hour's 8 years.

To see some of the global sights this past weekend, check out the Earth Hour's Highlight 1 Video by clicking here or below.

According to The Gulf News.com, Dubai had a reduction of 255,000 kWh from their one hour of Earth Hour. That would be the equivalent of the energy needed to power up 16 average homes over the course of 1 year. That stat was 22% higher than last year's kWh savings.

According to We Are Movie Geeks.com, Spider-Man was a big helping hit. Some of the lights switched off were the Sydney Harbour Bridge & Opera House in Australia and the Marina Bay skyline in Singapore, Canberra (the capital of Australia) had "It's Light's Out For The Reef" lit in candles on the Parliament House Lawn for the Great Barrier Reef. Chicago, Illinois (voted 2014 Earth Hour Capital city) had Spider-Man there in person to "flip the switch" to turn off city lights such as the Willis John Hancock Center, Willis, areas of Navy Pier, and more.

Other sites worldwide that went dark:
For you social media fans...To see some snapshots of hometown & big town pics, check out Instagram's official Earth Hour Page and also hashtag #EarthHour or their Pinterest page.  There's also the @EcoSpidey page over at Twitter.

I think this is what they call a success!!