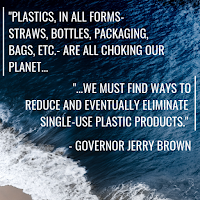 I was recently at the airport, spending copious amounts of time scrolling through Facebook while waiting for my flight. While doing so, I was struck by the number of posts along the scrolling all about plastic pollution.

Now I will say, for full disclosure, I do follow a lot of environmental organizations an Facebook, so it isn't a surprise I'd happen on these types of posts. But, I also follow news and other organizations too... along with edtech and educational groups. So I follow a lot about a lot. Given that, I was struck that there was far more on this one topic of environmentalism than usual. 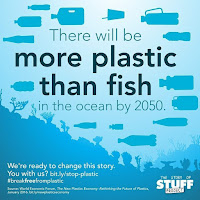 It feels like the situation with China no longer taking our plastic (as it's done for over 2 decades) is really starting to take traction. Sometimes it takes a crisis situation to really help open our eyes. (We have all certainly seen that in many ways--take the horrific mosque attack in New Zealand and how that was pivotal for making a change in their gun laws.)

As long as China was taking all our trash over the years, we could bury our head in the sand. Case and point: why have I been writing about the overabundance of pollution (among other things) for nearly 10 years? During all that time, there was no real headway. Now with onset of  plastic bag bans, straw bans, and systems having to overhaul their recycling programs due to there being nowhere else for it to go, perhaps now... NOW is the time to make a positive move. For that, we should be both hopeful and thankful as it is long overdue!

To check our some of the articles that were poignantly striking me, check out my list below: 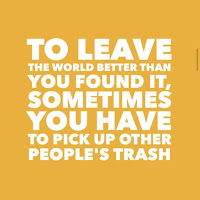 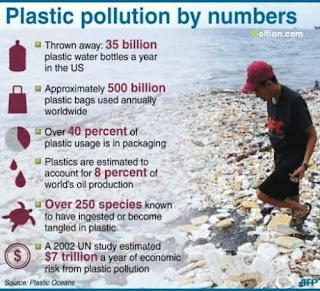