No matter where we were (Silicon Valley, San Francisco, or Napa), one of the major themes of our California trip was a variation on the theme of Pokémon Go, collecting logos and sites along our travels with drive-by's and quick photo snaps (and occasionally a stop along the way). With Geek Silicon Valley: The Inside Guide to Palo Alto, Stanford, Menlo Park, Mountain View, Santa Clara, Sunnyvale, San Jose, San Francisco by Ashlee Vance as my bible, I had the addresses and the list of sights I definitely wanted to see! We...


—Tracked all those famous "birthplaces of Silicon Valley and the garages--the HP's and the Steve's. 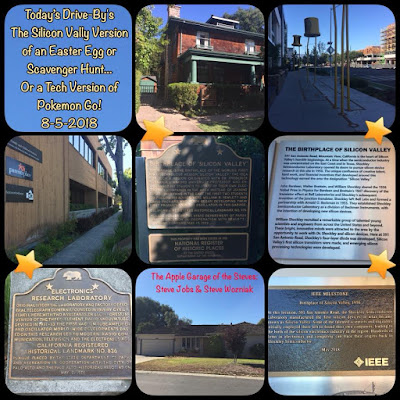 —Circled Facebook's campus (surprised by the vastness of the it all, with 18 buildings + the fitness and recreation area that was complete with a soccer field, a rock wall, and bikes stationed all over. 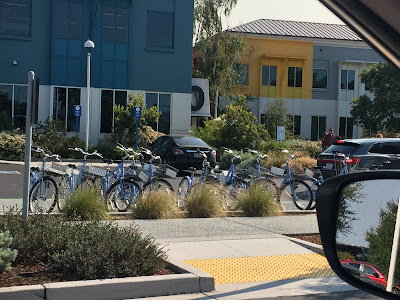 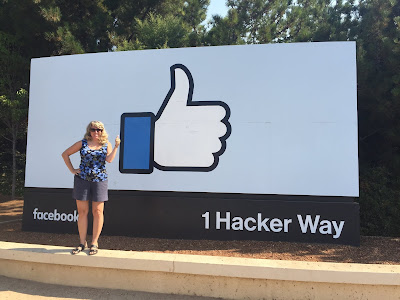 —Trekked to Apple HQ, then over to their Apple Park Visitor's Center (complete with a 3D Virtual Reality model showcasing the architecture of their new round building that will house 12,000 employees (plus the ways it is maximizing solar and wind power, & also the 5+ miles of trails around it, which will be open to the public). 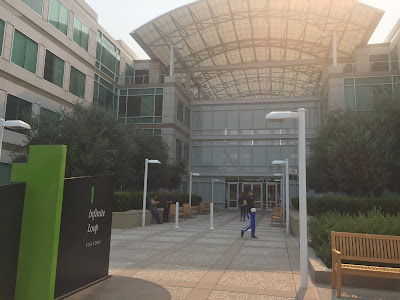 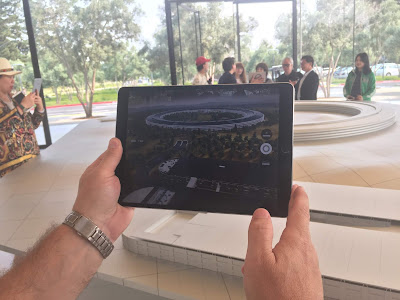 —Puttered around the exterior of the Google Campus—no, they wouldn’t let us ride the Google bikes, but we staged a photo or two nicely. 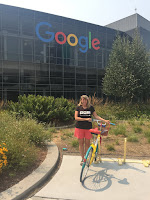 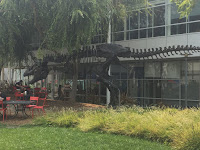 —Toured Standford's Campus--an all day affair! We checked out Hoover Tower & the amazing view (we saw San Francisco!), The Rodin Garden, Google's original server (housed in Legos)...and a bit of a backlot tour by an old high school buddy who I haven't seen since our sophomore year when her parents moved to CA! 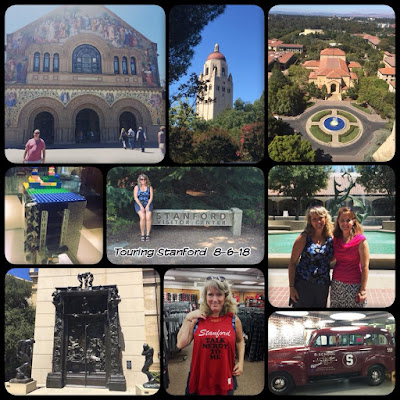 —Visited the NASA Ames Research Center, seeing a replica of the International Space Center, a moon rock, and other NASA odds & ends. 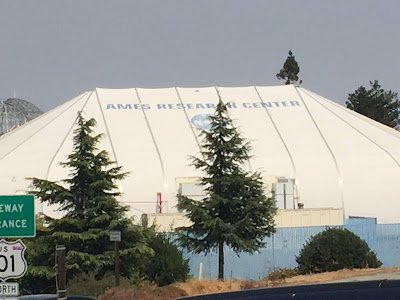 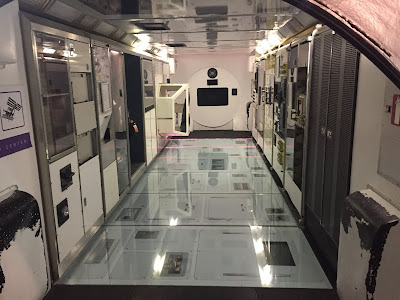 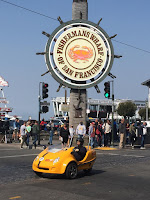 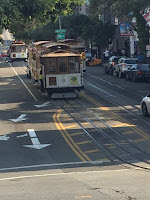 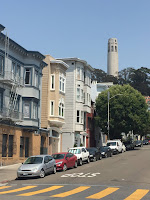 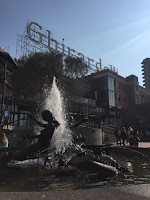 — Meandered through the vineyards of Napa and past some familiar named wineries. 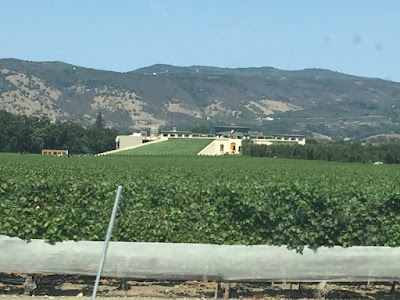 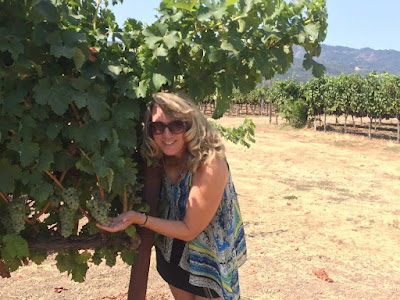 As an aside, my husband should be sainted as he was our chief (though not only driver), and I typically assumed the role of navigator. He should be sainted for the level of patience he displayed with these drive-bys! The sum total of these camera collection ranked up there on my list of favorite things! The best souvenirs ever!Images from my camera. Compilations created using the LiPix App.
Posted by Vicki at 3:00 AM