Inspiration in the Aftermath of The US/Paris Climate "Discord"

The world is a little noisier this week, after the environmental blow from Trump this week, pulling the US out of the Paris Climate Accord--leaving a stark party of 3, standing alone. 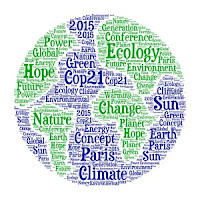 Of course, as Trump may or may not know, it's not as easy as pulling a plug and walking away.  Due to a clause in the Paris Agreement, to withdraw, you need to give written notification to the UN depository, but it can't happen until 3 after the date the agreement was enforced:
Nov. 4, 2016 + 3 years = Nov. 4, 2019.
At that point, it takes another year before a country can officially leave. That date will be  Nov. 4, 2020, which just so happens to be one day following the US Presidential Elections of 2020. This allows for a bit of a sigh of relief, as this will now be a campaigning point for whoever runs for our next president. Time will tell if that will involve Trump or not.

Of course it begs the question: When did our planet (or science for that matter) become a political issue?

Clearly this week (and when the 31% EPA budget cuts were proposed).

But an interesting thing has happened amidst the sideswiping news. America has rallied. The world has rallied. Almost like "Wonder Twin Powers, Activate" (from way back when, when I was a kid), An inadvertent uprising has occurred since Trump's announcement & withdrawal, and a boomerang of events has happened: 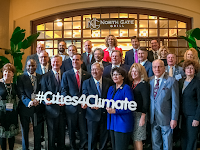 All of this, and more, are definite calls to action. These are the elements that give hope to the difficult environmental situation many of us feel we are facing this week. Hope is certainly the opposite of fear and desperation. This fighting spirit is the foundation of many American tenets and much global inspiration. Perhaps, it is in the face of adversity that people truly become united, discovering what's important to them, what's worth fighting for, and what counters complacency.

Here's some inspiration from Larry Page, Co-Founder of Google, to get you out there, fighting for what you believe in. May it be "uncomfortably exciting" going forth while you "grab a dream" for a cleaner, healthier planet!