Nearly 2 years ago (almost to the swiftly approaching day) on October 31, 2011 it was projected that we reached 7 billion people planet-wide. Here's an anticipated infographic from that time period 2 years ago. 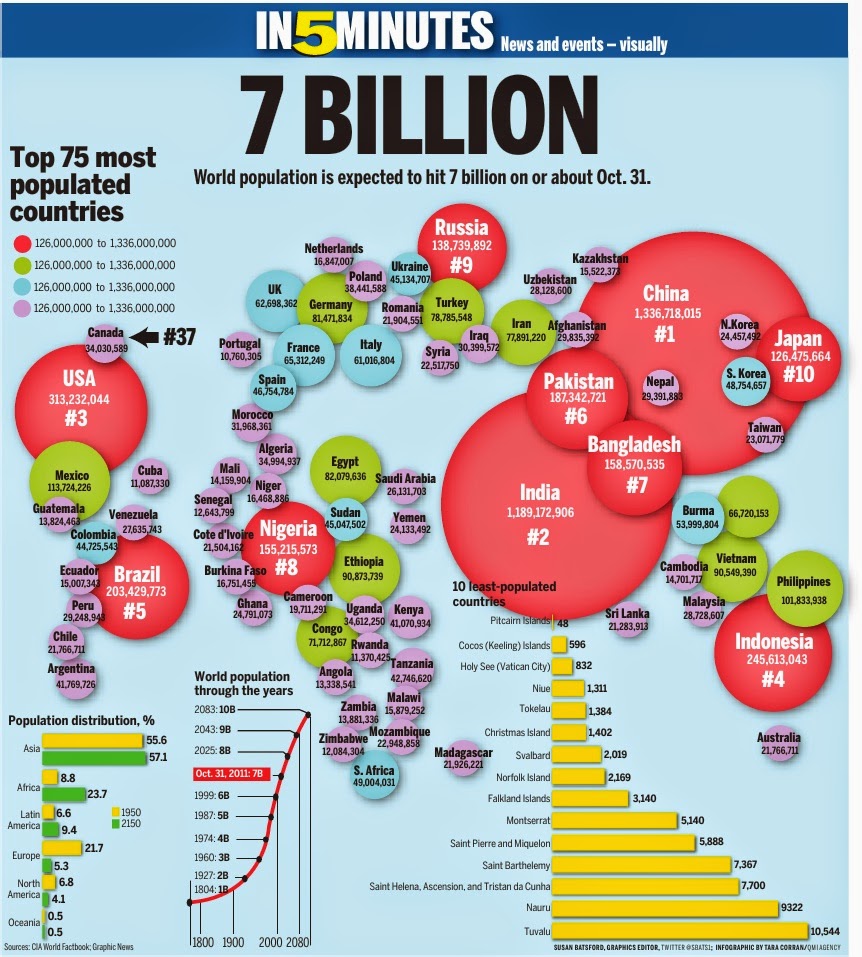 Where are we now--just 2 years later?  A good 265,000,000 more people and counting...by the second!!  That rounds up 7,300,000,000 people! That's 7-point-3 BILLION people. To see exactly where we are, population-wise, the Worldometers website can show you how swiftly it changes by the second.  In the time it took me to write this piece, the population jumped well over 2000 people.

I don't know about you, and I don't know about my unborn grandkids, but I suspect none of us (or them) will want to live like sardines.  How will we fit?  What will the impacts be on our resources and the environment.  How are we going to generate that much "stuff" with all our material desires for "stuff" in just 86 year.  Houston, we have a problem here.  We are only one planet of one size.  What's it going to take to stop it, and slow down that Worldometer clock?!?!

And given what we are doing currently to our planet (with refusal to truly address global issues of pollution, deforestation, marine debris, climate change, energy consumption, and more), what will the planet we have created look like, 86 years from now? 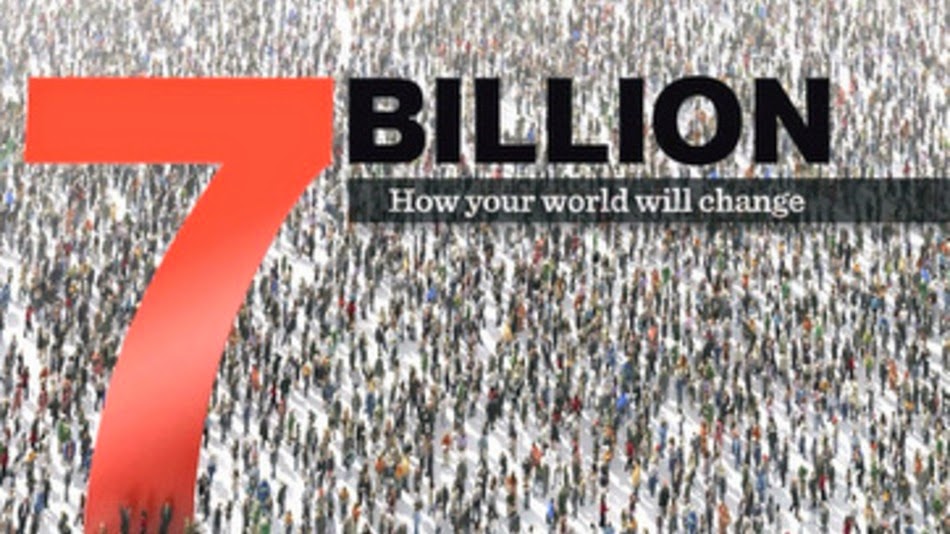