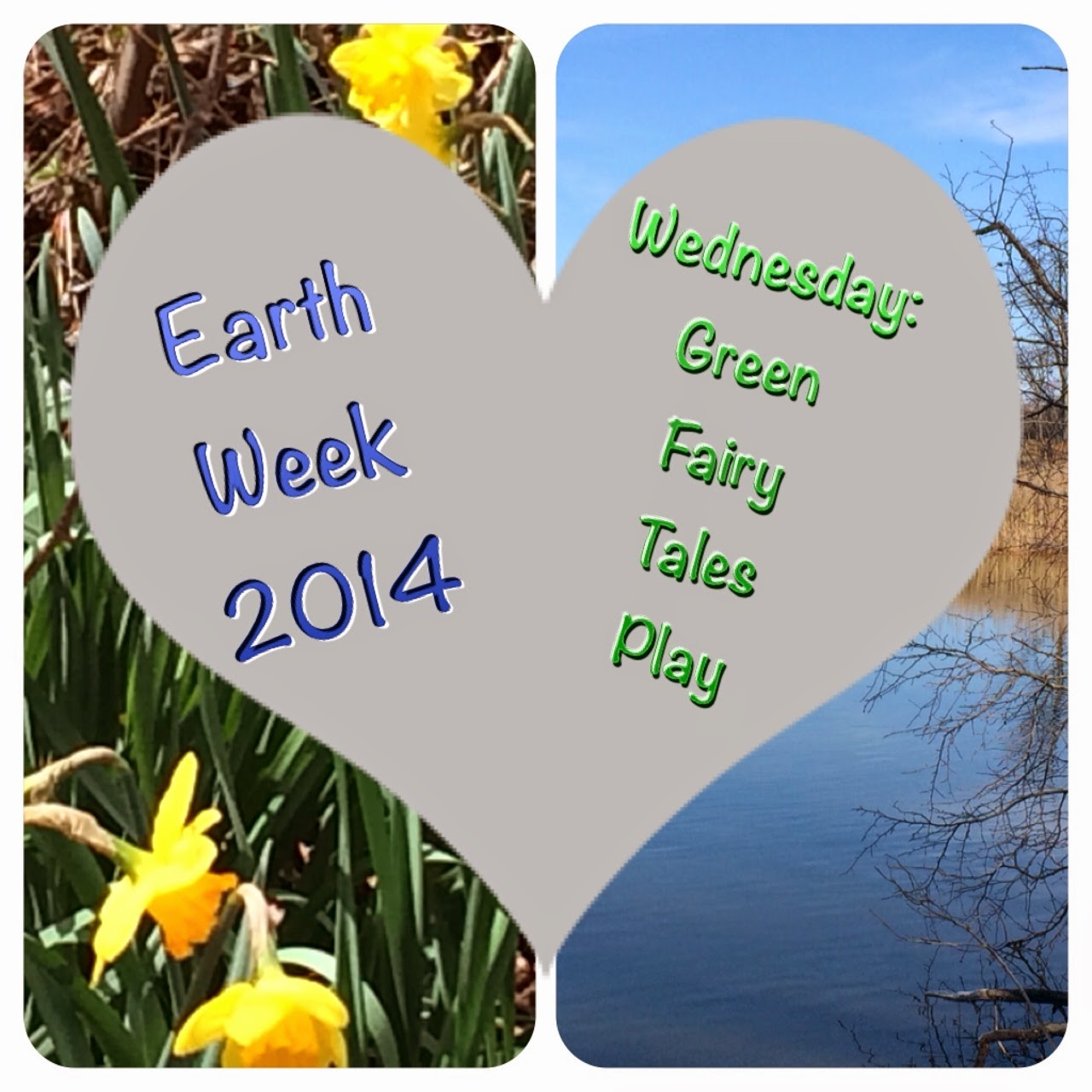 Once upon a time, there was a little school on the shores of the Magothy River, with a great view of the Chesapeake Bay. Although, in reality, it was a little white and gray school yet it truly was seen more as a little green school.  A Maryland "Green" School.  And, during one week in April (a week, in fact, right around Earth Day), it  becomes greener than ever, for a week.  A week we like to call "Earth Week."  It is during this week that we hang out with "green" authors, sing "green" songs, do a plethora of "green" activities, and even put on a "green" show.  This year, Eagle Cove School's last year, is no difference. The creative genius of our science teacher and our music teacher were at it again for this sixth (and final) theatrical season.

This year's play centered on around 3 somewhat fractured fairy tales, that got a very green slant.  3 familiar stories, each with dashing young princes and "fair" fairy princesses to be rescued.  Each story centered around 3 familiar environmental themes:  reduce, reuse, recycle. 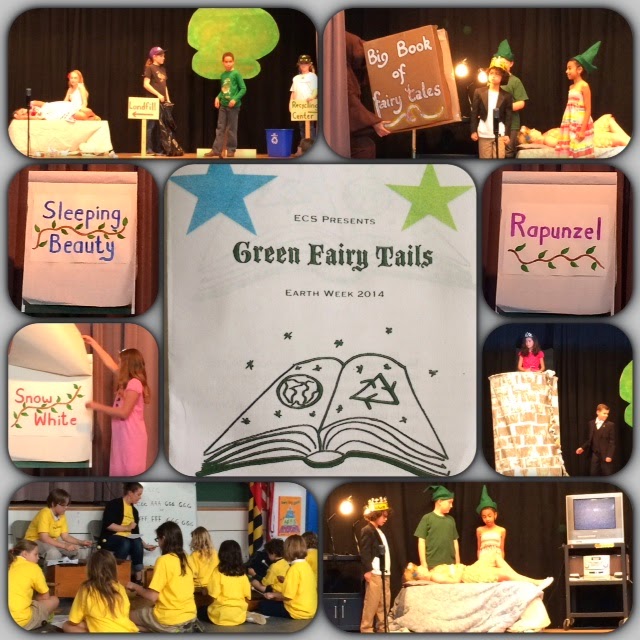 Since you couldn't be there, and it seems like the "made for TV movie" might not be happening for awhile, here are the run downs:

Act 1, Scene 1:  Sleeping Beauty
Sleeping Beauty pricks her finger in the royal forest on some royally gross trash that has been left lying about. After consulting the Big Book of Fairy Tales, there are only 2 solutions:  a kiss from a royal prince, or (when reading the fine print--everybody loves fine print) "disposing of the enchanted glass properly."  The Prince goes off in quest to find out what exactly that means, and runs into 2 merchants at a crossroads:  one is the manager of the local dump, and one is the manager of the nearby recycling center.  The two explain what their version of "disposal" means, and The Prince opts for Door #2:  The blue bin and recycling.  This breaks the spell cast by the enchanted pollution, and the forest is cleaned.  Long live recycling!  (Insert royal trumpets here.)

Act 2, Scene 1:  Rapunzel
Rapunzel is high up in the forest tower when Prince #2 comes dashingly walking by.  Rapunzel shares her sad, sorrowful tale of being dropped in the tower by the wicked witch, who daily brings her lunch in plastic grocery bags that Rapunzel pulls up on a little drop rope with a hook.  So all that's left for poor Rapunzel is a towerful of bags.  The Prince has a flash of brilliance and recommends that Rapunzel braids the bags into a rope so he can come up and rescue her from her prison.  So, she builds a rope, drops it, and is about to be rescued when the witch re-arrives, seeing the near escape.  Foiled for another day, Rapunzel and The Prince plan to save up bags and set the plan back in action.  Which is all very good... until the Witch comes back the next day with....oh no!  A reusable bag!!  Rapunzel didn't see that one coming, and the Witch leaves stating "Even The Witch gets to win sometimes!"   Long live reusing!  (Insert royal trumpets here.)

Act 3, Scene 1:  Snow White
We enter into the castle seeing Snow White under a royal spell, surrounded by two poor distraught dwarfs,  Happy & Grumpy.  We also see that Snow White has quite a thing for her electronics:  TV is on, music is a-playing, lights are a-blazing.  It's a technology wonderland!  Prince #3 comes into the scene and surveys the very bright yet somber situation, and the Big Book of Fairy Tales comes back out.  Again, there are 2 possible situations for breaking the spell:  that kissing business, or "do something to save energy."  Again, the Prince opts for door #2 and goes off on a quest for how to save energy.  Well, the light bulb clicks on for The Prince (with a little help from the Fairy Green Father), and he heads back and starts flicking off switches.  This promptly awakens Snow White...which makes both Happy and Grumpy a bit happier.  Unfortunately, it is much to Snow White's chagrin, who feels she looks much better in bright light and needs all her "stuff" on.  So, in her dash to go turn it all on, she finds herself right back under the spell, down and out and in the same predicament.  Happy & Grumpy shrug it off, coming to the conclusion that perhaps it's better having Snow White in this state after, given her personality.  Long live reducing energy!  (Insert royal trumpets here.)

Pics from our ECS Play, center picture our play program created by two of our 5th graders (with a slight homonymal oversight).