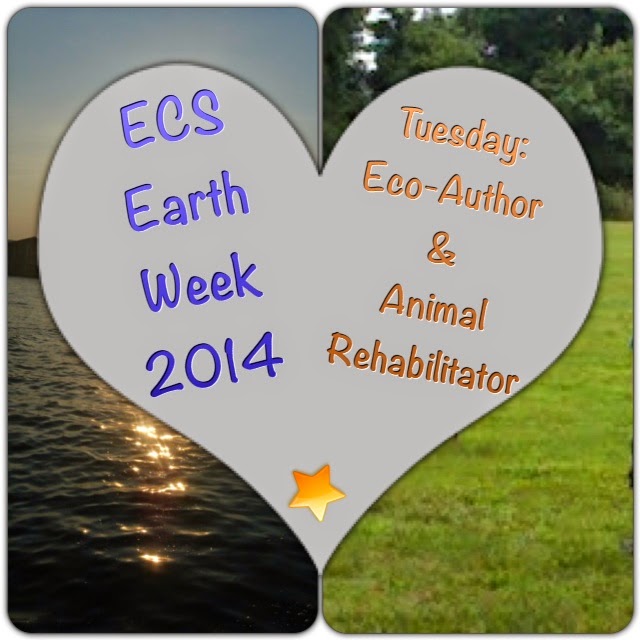 Earth Day Tuesday had some nice "eco" treats at Eagle Cove School for Earth Week--of the animal kind.  For my 3rd graders, it started out with Animal Rehabilitator Kathy Woods and "The Critter Dude" Walter Massey.  Both work as animal rescuers (or rehabilitators) for the Phoenix Wildlife Center, Inc in Phoenix, Maryland. They brought some of their rescue friends to share with our ECS friends.

In addition to seeing boxed turtles, a toad, and a Great Horned Owl (with some of the younger students seeing even a few more critters), Mr. Walt and Ms. Kathy taught us some interesting Earth Day animal facts. (I was furiously typing away in the Notes app on my phone to get them all!): 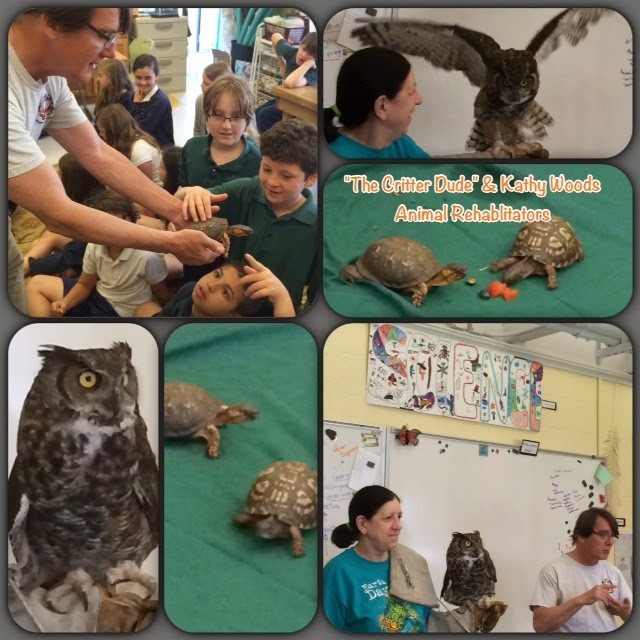 The second half of our morning was with an annual ECS Earth Week friend:  children's book author Jennifer Keats Curtis.  As a Maryland-native, Jennifer loves writing about the animals and environment of her home state.  As she was sharing some of her latest projects and books (see the photo below for 12 of her picture books she's written), and some of her experiences, we learned some goodies: 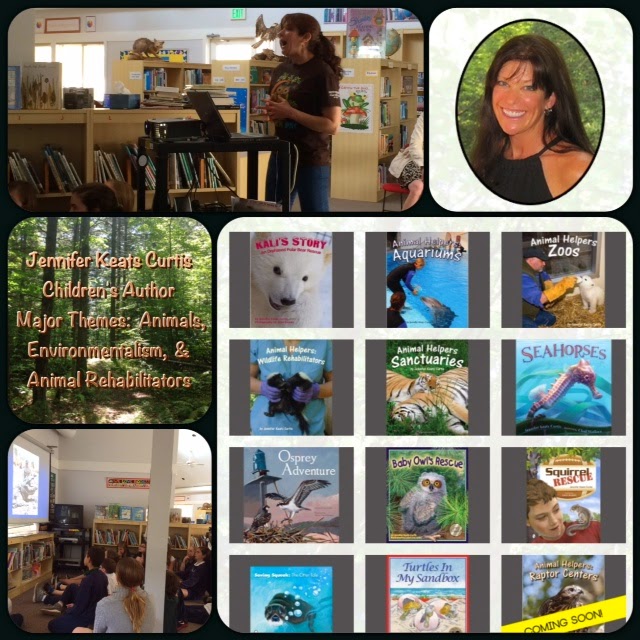 All our visitors were amazing, and obviously eager to come to visit schools.  If you are in the Maryland area and want to learn more about having any of these 3 individuals come to your school, check out the following links:

Photos from our day, with the exception of the books & the oval circle picture of Jennifer Keats Curtis, which were from her website (see above link).  (Collage made using the InstaFrame Pro app)