The Mosaic Leading Up to Veterans' Day

It's been a rather significant week or so--more eventful and bigger than most.  Few weeks are as full as what we have faced here in our country the last week.  We've had:

✎ A catastrophic hurricane, where the damage is still in repair in much of the East Coast.  Don't even get me started on how amazing that some people can still question if this is a matter of climate change. 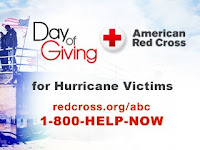 ✎ A coming together of people to help our fellow citizens rebuild.  This past Monday, November 5 was coined a "Day of Giving" by Disney & ABC TV, and the American Red Cross.  ABC television shows focused their efforts on gaining donations for Hurricane Sandy victims.  A reported  $15,663,327 was collected.

✎ A remarkably emotionally-charged and close election between two dynamically different candidates.  According to Huffington Post on Friday, November 9th, with most of the votes finally being in, the popular vote totals were really strikingly close.  61,173,739 votes (or 50.5%) for Obama to Romney's 58,167,260 votes (48.0%).   In the world of millions, 3 million isn't a huge difference when you look at 119 million voters.  What that means, is there is a lot of hard mending ahead.

✎ A local celebration occurred at my school, Eagle Cove School, on Friday, honoring Veterans. A powerful parade of PreK'ers through 5th grade students, their teachers, parents, grandparents, police escorts, military representatives, a deacon, a bugle player playing "Taps," a gun salute...all with flags waving on a causeway overlooking the Chesapeake Bay. It was an amazing tribute, followed up by visiting a fire truck, an ambulance, police motorcycles, and a Coast Guard boat at our pier.  Extraordinary!

I think when you look at all of these events together--happening in such a short period of time--you get a very powerful mosaic.  A mosaic not only of our country, but also of the American people.  We're emotional and empowered, hardworking and helping. When the times are tough, we're there for our fellow citizens... to help out our country.  We have a whole crew of people who have taken on a hard sacrifices to fight for our freedoms and our country--and for them we are thankful.  They have secured our right to vote... even if it gets venomous and vitriolic at times.

So today on Veterans Day, where some people might still be feeling broken by the results of the election or the aftermath of the hurricane, remember that it is indeed like a mosaic. Sometimes in the piecing of thing back together, we get something stronger, more beautiful, and more memorable than we had before. Our Veterans have helped us become the monumental mosaic and the country that we are today.


Veteran's Day pictures from my camera, "Day of Giving" pic from http://theblogisright.blogspot.com/2012/11/news-in-flash-quick-game-show-updates.html, & the mosaic pic from http://www.dipity.com/tickr/Flickr_flags/