“Vrooming” into 2011 in a Fuel Efficiently Way 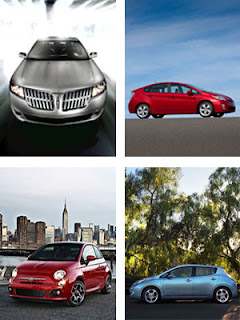 I’m driving a 13-year-old Honda Civic…one that’s probably on its last leg. No….Santa didn’t leave me anything with a big red bow in my driveway. Drat!

I’ve got to say, I do like the wonderful world of no car payment. But at 13 years, harsh reality is starting to set in that I might need to start checking out some other vehicular options sometime in 2011.

I’m sure it goes without saying, given I write a “green” blog, that I’m going to want something that’s environmentally (and economically) sound.

The Daily Green & Dan Shapley have lent a helping hand with their “Most Fuel Efficient Cars of 2011” article at http://www.thedailygreen.com/environmental-news/latest/fuel-efficient-cars-47102201#fbIndex1. In it, they focus on not only electric cars (which are exciting, but might not be the best bet with for my bank account even WITH the tax incentives that come with it), but they also focus on ones that get gas mileage at better-than-30-mpg. This most certainly might be my first stop on my new-car quest.

Their Top Cars:
Be sure to visit the link for car prices, average gas costs for the year per car, and annual Co2 emissions along...not to mention a snapshot of each!


Image from http://www.thedailygreen.com/environmental-news/latest/fuel-efficient-cars-47102201#fbIndex1
Posted by Vicki at 11:19 PM