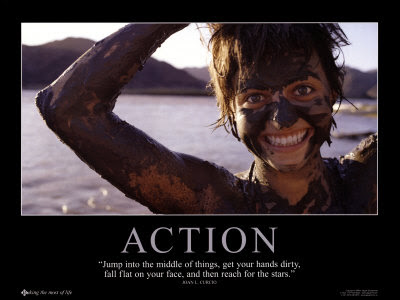 Earlier this week, I wrote a post about how one of my 3rd graders, at the age of 9 years old, decided to take a step toward taking environmental action by writing Mike Rowe of the Discovery Channel's  Dirty Jobs (http://greenteamgazette.blogspot.com/2011/01/its-not-clean-being-green-could-be-job.html).  It got me thinking about other youngsters who have done just that...taken small steps to move toward making a huge environmental difference.
Here are 3 of my favorites:

Riley Hoffer of CGKidz
http://www.cgkidz.com/
Given my connection with CGKidz, of course Riley is one of my favorite young environmental activists.  Having started CGKidz in 2008 when she was 11 years old, Riley has trekked to many different schools nationwide (including ours:  Eagle Cove School) to spread her message of the 3R's.  In doing so, she has donated many, many CGKidz stainless steel water bottles, presented to classrooms and students, and helped schools by giving them "Environmental Clubs in a Box," Riley has shared her eco-message with over 4,000 kids, with a passion that rivals no adult I know!
I love this quote from Riley's website.


"As kids, we really need to do our part.  At home, at church, at school and in our communities, it's up to us to be responsible.  Did you know that as a generation we have the power to virtually eliminate entire landfills if we stop the wreckless, wasteful dumping?  Please join me." ~ Riley Hoffer

Andrew Castle of Hats for Hunger
http://www.hatsforhunger.com/
Andrew's timeline mirrors that of Riley's, to a degree.  At the age of 9 years old, he started Hats for Hunger in 2008.  Whereas Riley's inspiration came from living near a landfill and being amazed, overwhelmed, and disgusted by the size of waste... Andrew was inspired to take action by a Heifer International catalog.  He decided to work to earn money to purchase animals for global villages by knitting hats himself.  He raised $1,500 for Heifer International his first year (2008).  The $700 he earned in 2009 went to the Vermont Foodbank.  This past year, in 2010, he surpassed even his own goals and raised $5000 for Heifer International.  100% of his profits are donated to organizations to fight hunger.  To learn more about Heifer International, go to http://www.heifer.org/. 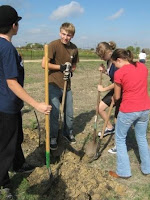 Matthew Evans of Discover Green - Young Environmental Leaders, Inc.
http://www.discovergreenyel.org/
I've been privileged enough to see Matthew speak at the Kennedy Center's Millennium Stage in April 2010.  Again, we have another young (now 17 years old), self-assured person who follows his own vision.   Discover Green was another creation in 2008 (October, to be exact).  It began as a collaborative idea from 5 friends who decided to focus a birthday party around a service-centered project.  He and his pal Joanna Casey hosted their first "Teen Green Party with a Purpose." On the Discover Green website, he credits "The first Eco-Inspiration Coaches for the organization were Alec Bainter, Hallie and Joanna Casey, Stephen and Sarah Young and Grayce and Daeland Angle."  The goal of Matthew's Discover Green is to help raise awareness in teens with global and environmental issues, and empowering youngster to take action.  Frequent projects include planting trees, removing trash from local waterways, marking drains, planting gardens, hosting recycling drives, and much more.
The Take Away
No action is too small, nor is any activist.  These examples show both the youngest and oldest of us all just how significant our actions can be.  Who knows...this may serve as a great inspiration to some of your favorite young (or old!) people!!


Matthew Evan's pic from http://www.inconvenientyouth.org/blog/
Posted by Vicki at 10:38 PM