The word "test" is one of those words that instinctively ramps up the anxiety levels and beads of sweat.

Luckily, the Begley-Cohen Test isn't that kind of test. Instead, it is patterned off of the Bechdel-Wallace Test which measures female representation in film and television. 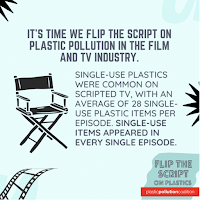 The Begley and Cohen of test namesake are environmentalist and actor Ed Begley Jr. and Dianna Cohen, Co-Founder and CEO of Plastic Pollution Coalition. The point of the Begley-Cohen Test is to analyze media for their use of single-use plastic. A movie or show passes the test if no single-use plastics are shown OR if they are shown, they are portrayed as problematic and discuss the environmental matter. 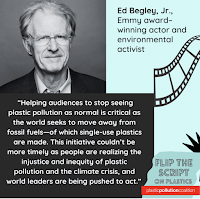 Not only is their goal to "flip the script on plastics," but there is another section of the Plastic Pollution Coalition website with their media blitz campaign entitled "Flip the Script on Plastics." They want to normalize that plastics don't just magically disappear into the abyss, but that it's a real overuse on fossil fuels and petroleum to make plastic that then endangers our wildlife. 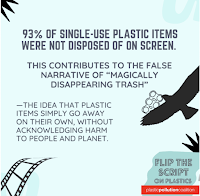 On this website, members of the entertainment industry are invited and encouraged to sign the pledge to rethink both their usage and the use of plastics on the sets and in storylines.
Also on the site are resources about plastic pollution and real world solutions. 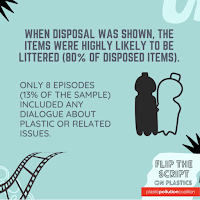 The Begley-Cohen Test was introduced on social media and on the Plastic Pollution Coalition blog on October 6, 2022. With it being a new investigation just a month old, following these hashtags are the ones to follow: 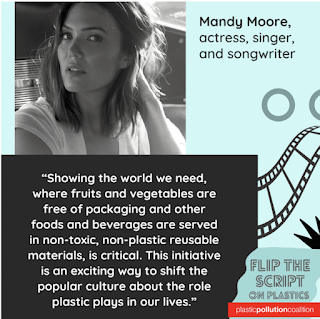