Last year I got bit by the Harry Potter bug... HARD.
And I came out changed.

After 25 years of teaching, with a classroom library to rival the school library... I had never read any of the Harry Potter books. Not when they first came out. Not after having them in my classrooms. Not after watching copious numbers of kids read them over the years. I never watched any of the movies, despite their popularity, because they were never “my genre.” 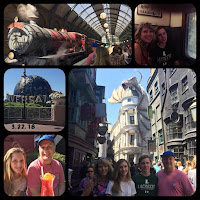 But last year that changed after we booked a trip to Orlando over Spring Break, with plans to hit Universal Studios hard. My son had been reading them and was up to book 5, and about a week before we left, our family binged #1-6 of the Harry Potter movies. It was really pretty cool, watching one a night, and watching the kids grow and the storyline continue over.

Then, after spending the week at Universal... I was totally and completely in awe. We were in Diagon Alley. We had butter beer in Hogsmeade (I will say, I won't drink that again). We waved our wands and rode the train. I came home with a book contest with my son to read #7 so we could watch the last 2 movies. I've read the entire series, several books more than once. The illustrated editions are my favorite!! There were things that happened in the series that even 20 years of it being out in the movies and spoilers galore online that were still totally new twists and shocking to me. I'm not sure how I managed to live under that rock so long!! But transformation is complete, and I am a true and total Potterhead fanatic at this point, just going to show that you always can change. 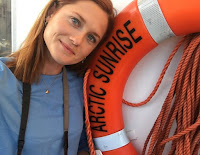 Along my Hogwarts journey, I always gravitated towards Ginny Weasley's spunk and fire as she grew. She was kind of my gal. Given that, I got all warm and fuzzy when I learned Bonnie Wright (who played Ginny) was an environmentalist! Again, it would seem as I'm a little late to the party, as she's been an environmental activist for awhile. 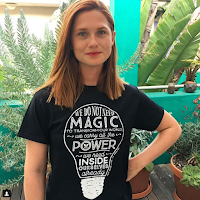 Bonnie's anti-plastic and marine debris campaigns speak close to my heart, much like her character of Ginny does as well. No, I'm not an avid surfer like she is. But that connection to the ocean makes it make sense that this issue would speak to her heart. She's not only raising awareness of the amount of plastic in our oceans right now, she's also heavily involved in encouraging kids to upcycle their toys as a way to reduce waste. Additionally, in March of this year she worked with Greenpeace UK as one of their ocean ambassadors researching micro plastic levels. She's also been to Coca-Cola headquarters in Atlanta, with petition in hand of over 500,000 signatures, to urge them away from from single use plastics. She also backed TREE AID this past World Environment Day. TREE AID is a reforesting program that works to transform the deforested drylands of Africa, which in turn will turn the tables on poverty. (To learn more about this program, check it out here.)

She's also been known to write a time or two: 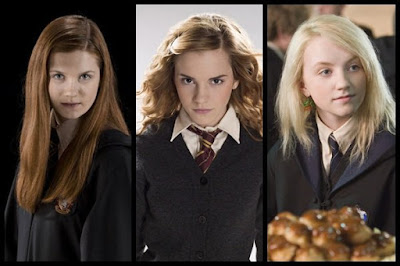 Along my research of Bonnie Wright's travels, I also discovered that a few other Hogwarts alums have an environmental slant:

...Leading me, like Severus Snape to say to say of my Hogwarts love: "Always!"