If you've been paying any attention at all, you know the last handful of posts have been highlighting different elements of my summer trip to Silicon Valley and the Greater San Francisco Area. Between the edtech and eco arenas of Green Team Gazette, there's been a lot from that trip that's been relevant!

Twice when we were biking in San Francisco, leading up to the Golden Gate Bridge, we encountered educational conversations along the way about climate change. Both were striking and very telling. The first was outside the Warming Hut--a planned stop along the way to provide bikers or hikers with restrooms, a cafe, and a souvenir shop. Bikes galore were parked, and there we encountered this globe statue, with the following plaque. Clearly it was not accidental. Here is a wealth of resources from the Institute at the Golden Gate that highlight the use of National Park as educational sources. 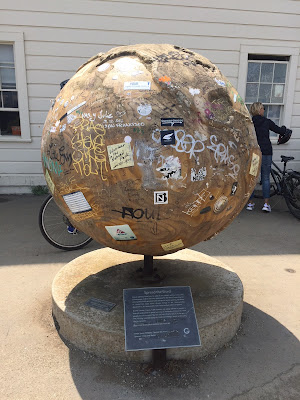 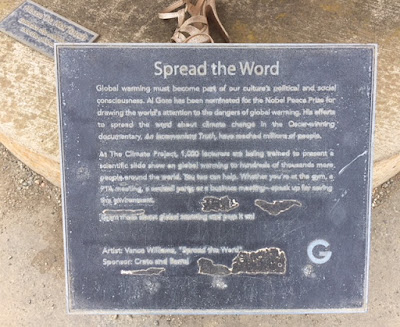 Text: "Spread the Word" Global warming must become part of our culture's political and social consciousness. Al Gore has been nominated for the Nobel Peace Prize for drawing the world's attention to the dangers of global warming. His efforts to spread the word about climate change in the Oscar-winning documentary, An Inconvenient Truth, have reached millions of people.

At the Climate Project, 1,000 lecturers are being trained to present a scientific slide show on global warming to hundreds of thousands more people around the world. You too can help. Whether you're at the gym, a PTA meeting, a cocktail party, or a business meeting--speak up for saving the environment. 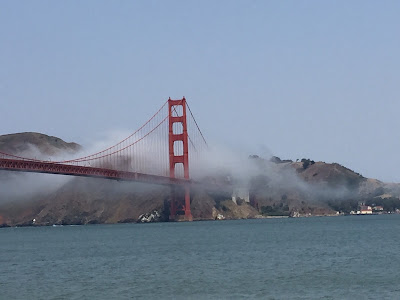 Secondarily, as we continued along, we hit Fort Point, the fort right at the base of the bridge. Again, the placards were telling. Climate change is real, and it is a real concern that I wish our current adminsitration and EPA valued. 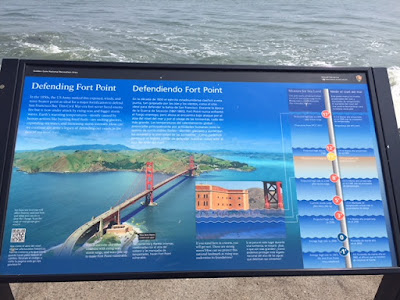 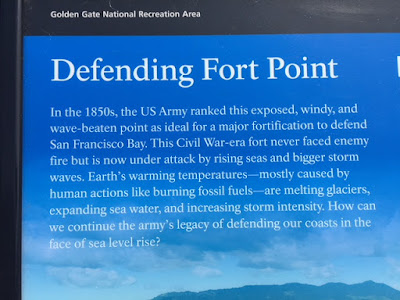 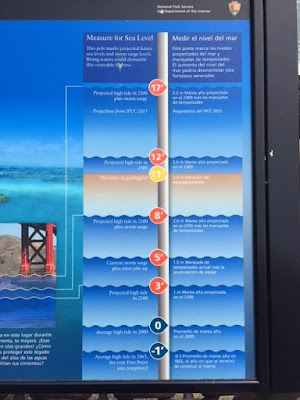 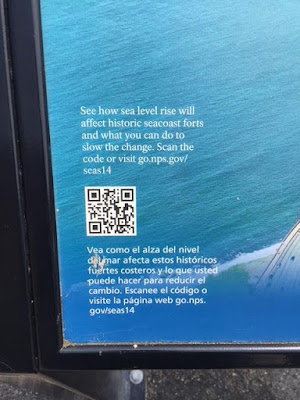 Photos from our adventures along the way, and our cameras!
Posted by Vicki at 7:56 PM