The States of Climate Change Denial 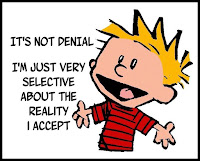 I thought only Florida & Wisconsin were the bad guys.  The ne'er-do-well states that this year have forbidden the words "climate change" and "global warning."

While Florida is definitely getting the bad rap in the news this year, Wisconsin has followed along--but it hasn't gotten as much media attention as Florida did.  (For a humorous, but not fully appropriate video for the kiddos in the room, check out Jon Stewart's very snarky mocking of Florida's banning of the terminology.) 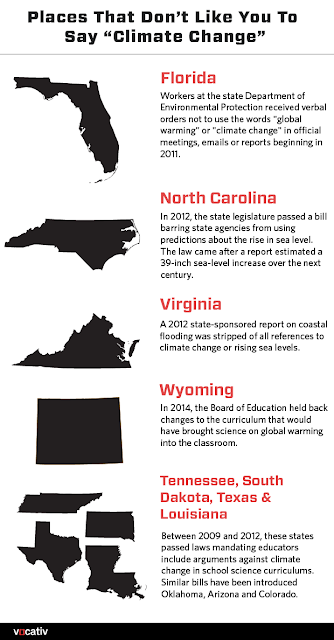 Luckily for the climate change deniers and politicians out there:
Only 97% of climate scientists agree:

"Multiple studies published in peer-reviewed scientific journals show that 97 percent or more of actively publishing climate scientists agree: Climate-warming trends over the past century are very likely due to human activities. In addition, most of the leading scientific organizations worldwide have issued public statements endorsing this position." ~Quoted directly from NASA.gov

It's leaving me to want to make some snarky, mocking comments of my own!!