A-Park Questing We Did Go 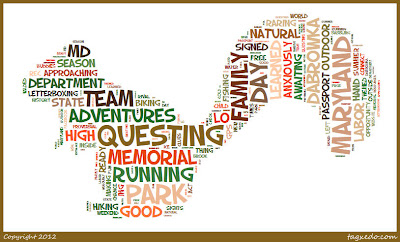 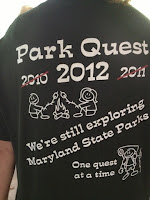 These were the opening words for my first GTG post on MD Park Quest back on June 1, 2010.  It was then that I embarked on sharing some of the Park Quest adventures of "Team Dabrowka" (which during the next 2 seasons morphed into a better-named "Team Green Gators").  Season 3 was our first year of Park Questing. 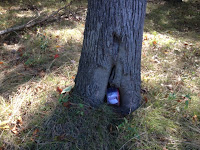 That was two years ago, and now yesterday Park Quest wrapped up it's fifth season, bigger and better than ever! Each year, the grand finale--the annual "Rendezvous"--is a special day o'quests for those families who completed at least 10 of the 24 quests. It is a day for the serious outdoorsy folks to shine. 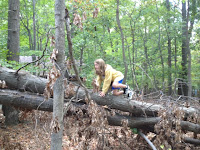 And boy oh boy, did we all shine, as bright and wonderfully as yesterday's sun!  Patapsco State Park hosted the day-long event of 20 mini-quests, including bike riding, fishing-rod casting, leaf rubbing, geo-caching, letter-boxing, tree-identifying, animal sighting, fact-finding, game playing, learning, and laughing.  All of us embracing the PQ motto:  "Where a family becomes a team!" 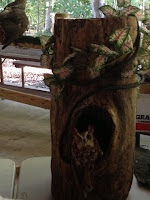 Maryland Park Superintendent Nita Settina, in her opening remarks, quoted the recent study about how "awe-inspiring moments in nature reduce stress."  Park Quest most certainly worked to weave in a multitude of those moments into this year's Rendezvous! Richard Louv, author of "The Last Child in the Woods" and "The Nature Principle" would delight in so many families taking aim against "Nature Deficit Disorder."

In fact, during the ceremony, we learned some pretty fascinating facts as to just how many people were defying nature deficit disorder! 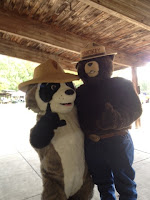 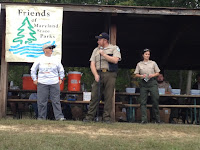 With the sponsors numerous and well-known (REI, Diamondback Bicycles, and Deep Creek's WISP Resort, just to name a few), everyone was waiting excitedly to see if their lucky raffle ticket would be drawn. The prizes were many--from adventure trips, bikes, camping gear, and more.  It was made even extra exciting as former Baltimore Sun Outdoors writer Candy Thomson was pulling out tickets.  Piped as Park Quest's unofficial sponsor, Candy has written many times in the past about the beauty and glory of Park Quest.  Some of her most-treasured writings occurred during Season 3 and 4 when she wrote about her 24/7 experiences of hitting all 24 quest parks in a 7 day experience!  Candy also has written in the past from various Olympics, but her 24/7 feat alone makes her a true Park Quest Olympian!! 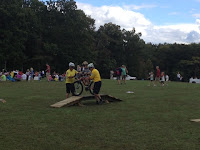 We all got the opportunity to be Olympians in our own ways, both during this year's Park Quest season and yesterday's Park Quest Rendezvous.  We faced challenges.  We battled the great outdoors.  We sometimes roughed the elements, meaning it wasn't always pretty. But, it always left you with a sense of great accomplishment.  Families came together, tackling a common goal by way of riddling through the quest questions and grabbing hold of new experiences.  Yes indeed:  Park Quest is where a family becomes a team!  That, right there, makes champions of us all!