Who doesn't love Lego's?  In fact, a year ago, I wrote about 11 ways why Lego's are downright awesome! 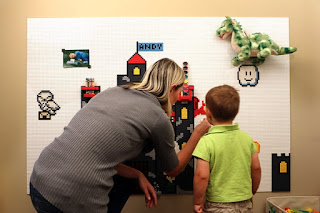 Well, thanks to a new Kickstarter that's out there, we can bump it up to 12 or more!  Who out there, especially anyone who has played around with the Maker Movement, hasn't dreamed about a Lego wall?]

Looks like the Brik Tile is going to make it. With only a few weeks to go in their Kickstarter campaign, the Jolt Team (creators of the BrikBook) are well over their $30,000 goal. The best part--estimated production and delivery, October 2016!

I see a world covered in Lego tiles! If anyone is going to "build a wall," this is the best kind of wall to build!