Probably my one "closest to my heart" environmental issues is plastic waste, particularly as it gets blown to the wind and makes its way to becoming marine debris. Over the last 7 years of Green Team Gazette, I've written about this many times. I'm particularly bothered by the oceanic gyres of plastic trash that pollute all of our oceans; however, the largest one is the Great Pacific Garbage Patch. I first learned of it on the Earth Day Oprah Show, years ago, and was amazed that this was the first time I'd ever heard of it. Unfortunately, that was years ago... and we're still hearing about it! 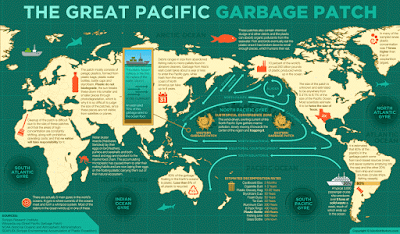 Here is a litany of links to gain greater awareness of the plastic trash that surrounds us all... still.

TED-ED Lesson:  "What Really Happens to the Plastic You Throw Away?" by Emma Bryce:

"What You Didn’t Know About Microplastics" by Lisa Feldkamp.  Find out all the things that you didn't know!

"This Solar Powered ‘Water-Wheel’ Will Clean 23 Metric Tons of Trash From The Ocean Every Day" by John Vibes.  In nearby Baltimore, MD this 'debris raking system' is currently being used. 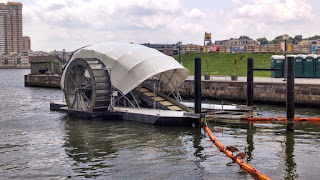 Boaters Mapping Floating Garbage Patch In North Pacific Return To San Francisco from San Francisco CBS/AP.  At this link you'll find a video worth watching to see what they are trying to do over in San Francisco.

Adidas Wants To Turn Ocean Plastic Into Sportswear by Lorraine Chow.  New textiles are being created using recycled plastic as the key ingredient.

A Plastic Problem in the Chesapeake by Jeff Corbin from the EPA Connect: The Official Blog of the EPA Leadership 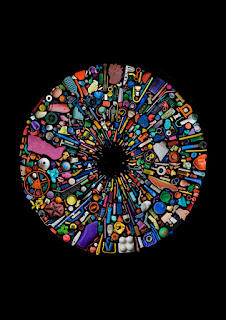 Now that you know what you maybe didn't know before,
what are you going to do with all that plastic that is around you?